Documentation for version v0.9.2 is no longer actively maintained. The version you are currently viewing is a static snapshot. For up-to-date documentation, see the latest version.

Antrea supports using Traceflow for network diagnosis: it generates tracing requests for traffic going through Antrea-managed Pod network. Creating a new Traceflow CRD triggers the Traceflow module to inject packet into OVS, provide various observation points along the packet's path and populate these observations into the status field of the Traceflow CRD. Users can start a new trace simply from Kubectl, Antctl or Antrea-Octant-Plugin and view Traceflow result via CRD, Antctl or UI graph.

You can choose to use Kubectl together with YAML file, Antctl with spec information or Octant UI to start a new trace.

If you use Kubectl or Antctl to start a new trace, you can provide the following information which will be used to build the trace packet: * source Pod * destination Pod, Service or destination IP address * transport protocol (TCP/UDP/ICMP) * transport ports

If you use the UI to start a new trace, we currently only support Pods as the destination, but will soon support destination IPs and Service names.

ip: IP can also be marked as destination, but namespace/pod and ip are mutually exclusive. 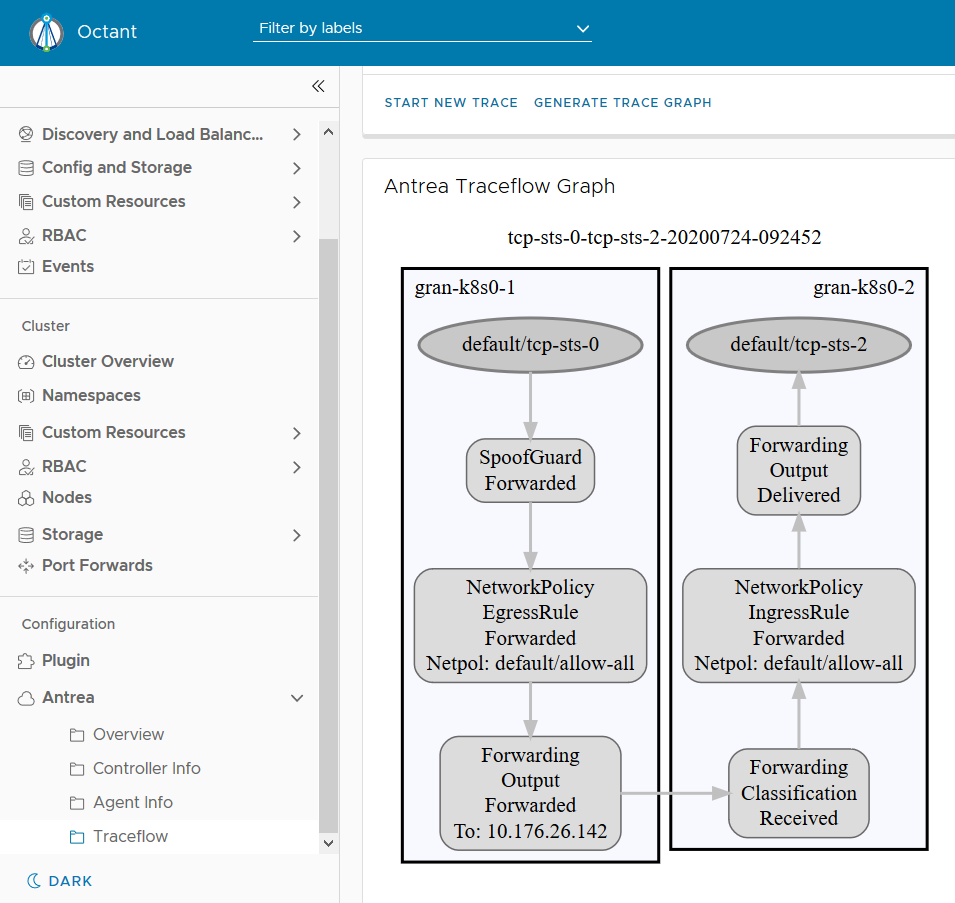 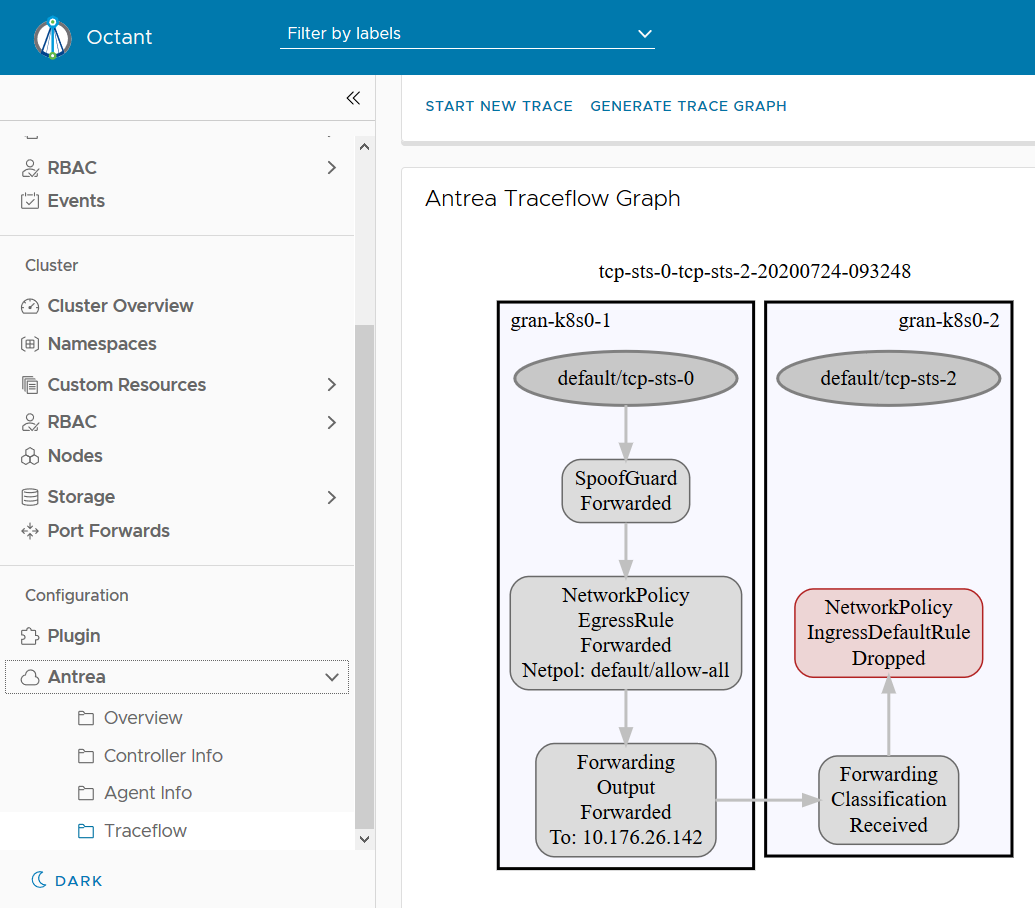 As shown above, you can check the existing Traceflow CRDs in the "Traceflow Info" table of the Antrea Overview web page in the Octant UI. You can generate a trace graph for any of these CRDs, as explained in the previous section. Also, you can view all the traceflow CRDs from the Tracflow page by clicking the right tab named "Traceflow Info" like below.